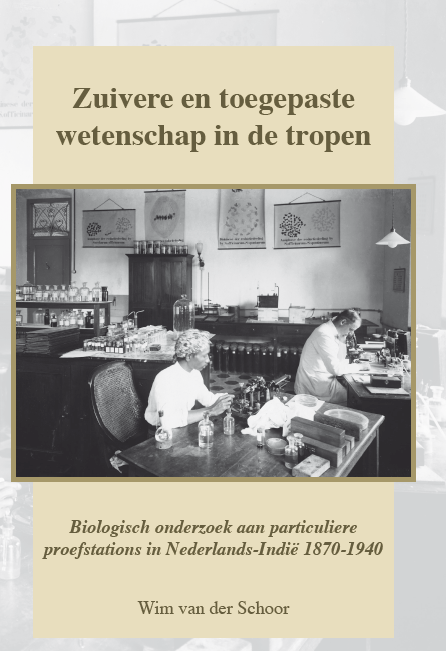 Dutch biology has roots in the Dutch colonial empire. Before WWII, is was quite common that Dutch biologists got a job in the Dutch East (or West) Indies, the so called ‘Tropical Netherlands’ – nowadays Indonesia. Why did they go, what did they do, how did they come back?

Many biologists did research work at the agricultural experiment stations. A score of experiment stations were established for cinchona, sugarcane, tobacco, coffee, indigo, cacao, tea, rubber en oil palm. Most of them were situated on Java, two (for Deli tobacco and for rubber and oil palm) on Sumatra. Staff members worked on the fighting of diseases and pests and the breeding of new varieties of crops. Those private experiment stations were very well funded. Scientific research was at a high level, and thanks to this ‘experiment station system’ the Dutch East Indies were in fact more modern than the Netherlands!

Zuivere en toegepaste wetenschap in de tropen: biologisch onderzoek aan particuliere proefstations in Nederlands-Indië 1870-1940 (Pure and Applied Science in the Tropics. Biological Research at Private Experiment Stations in the Dutch East Indies 1870-1940) aims to sketch a broad and rich picture of these experiment stations, the scientists, their motives and their work. It is based on unique historical sources. This book appears as PhD
thesis at Utrecht University.
Design by: Han Heijboer